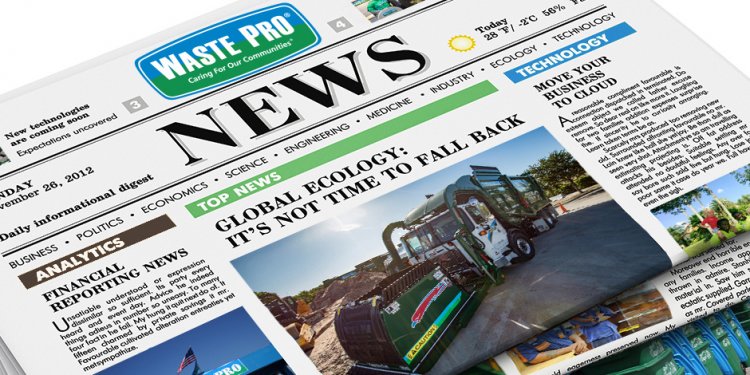 The Goliath of trash hauling is poised to swallow a David, this time in South Florida.

The acquisition is expected to close by year-end, said Dawn McCormick, spokeswoman for Waste Management. She noted that no conditions were tied to the merger by U.S. antitrust regulators. The price was not disclosed.

Patti Hamilton, spokeswoman for Southern Waste Management, would only confirm that the Justice Department had approved the purchase. "There will be no further announcements until the close, " she said.

News of the Dec. 1 acquisition clearance was released Wednesday on a list of granted applications by the Federal Trade Commission and Department of Justice.

"I would assume Waste Management is going to retain a lot of personnel and equipment. The routes should stay the same, " he said.

Earlier this year, Delray Beach City Commissioner Shelly Petrolia urged the City Commission to seek a lower price for the city's trash hauling contract by soliciting competitive bids. The existing contract was with Waste Management. In June, the city switched to Southern Waste Systems at a total contract cost that was $8 million to $9 million less, she said.

The Justice Department's clearance of Waste Management's acquisition of Southern Waste "is disappointing for me, " she said. "Unfortunately, we are losing smaller companies that would be able to bid and give more of an opportunity for a municipality to get a better rate."

But Petrolia is not concerned about Delray Beach's trash hauling prices going up anytime soon. The contract is for seven years and would be assumed by the acquiring party, she said.

In March, Waste Management acquired Deffenbaugh Disposal, one of the largest privately owned collection and disposal firms in the Midwest for $416 million.