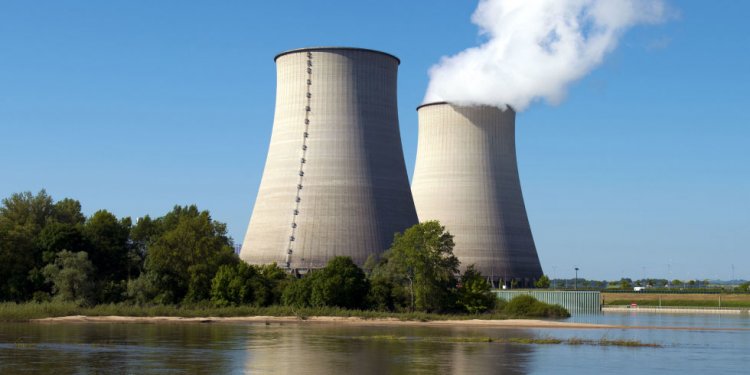 Nuclear waste epitomizes the double-edged sword of modern technology. It's a toxic and radioactive byproduct of nuclear medicine, nuclear weapons manufacturing and nuclear power plants. In short, it's the type of waste that reflects one of humankind's greatest leaps in technology, but it also demonstrates our inability to deal with our own advances.

Radioactive waste can take the form of different states of matter, including gas, solids and liquids. Depending on the waste's source, the radioactivity can last from a few hours to hundreds of thousands of years. If disposed of improperly, radioactive waste can devastate the environment, ruining air, water and soil quality. What's more, these materials can have long-term negative effects on human health, and can be fatal.

The reactors in nuclear power plants use fuel in the form of ceramic uranium dioxide pellets that are sealed within metal rods. After the usable uranium is gone from the rods, the rods must be disposed of. But first, the rods are often processed with chemicals to draw out any unused uranium; this results in HLW, which is liquid waste. Then the rods are usually stored in pools of water near the reactor until a permanent location is prepared.

As of this writing, there are more than 29, 000 tons of spent fuel rods worldwide. In the United States, many of those rods still sit idle near power plants, because there are few permanent disposal sites.

Low-level waste (often from hospitals or labs) can often be compacted or incinerated in a container that is subsequently buried a landfill. Intermediate-level waste (reactor components, chemicals and similar wastes), which have higher levels of radioactivity, may be solidified in concrete or bitumen and then buried deep underground.

HLW comprises only a tiny percentage of all nuclear waste but accounts for 95 percent of the radioactivity given off by nuclear waste. For storage, it may be transformed into a glass, which is then sealed inside stainless-steel containers that are entombed far below the Earth's surface at government-approved sites. Sometimes HLW is stored in underground tanks or silos, too.

Finding suitable locations for radioactive waste is no easy task. In short, no one wants nuclear waste near their communities, even if it's buried many miles away in a vault in the desert. The proposed Yucca Mountain storage facility, located in Nevada about 100 miles (160.9 kilometers) northwest of Las Vegas, is a good example of the problems associated with nuclear waste disposal.

In 2002, U.S. President George W. Bush approved development of the facility, but since then, the project has been challenged by many groups. In 2010, President Obama indicated he would try to put a stop to the project, citing concerns with the long-term stability of the site. Opponents say earthquakes and groundwater flow could penetrate the vault and let radioactive waste escape.

Thus, the United States continues to struggle with nuclear waste disposal. Experts say that permanent disposal locations must be created soon, though, or we risk being overburdened with radioactive waste that no one wants.