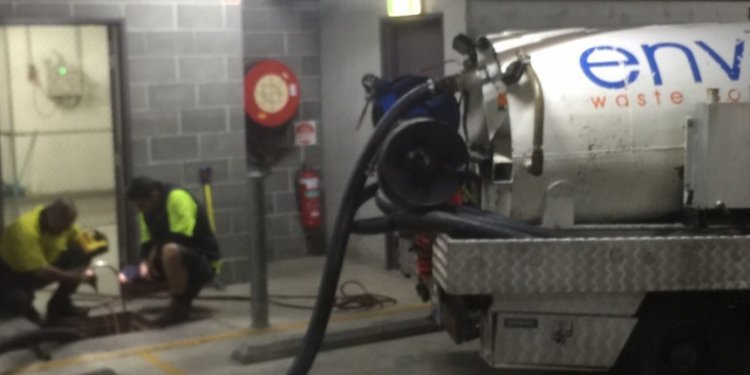 Wherever there's a lot of people operating their homes' waste systems on septic tanks, you can bet you'll find plenty of local businesses that specialize in removing the scum and sludge that accumulate over time in the tank. This is an important service; if too much sludge builds up over time, it can lead to overflow, which is bad for everybody.

Generally, commercial septic pumping involves a pump truck removing the sludge, effluent and scum in the tank and leaving the tank empty and ready to be filled again. Once the waste is removed, there are only so many things that can be done with it. Prior to federal laws that restrict septic sludge dumping, waste companies could simply bury it in dump sites. As it became clear that sites like these were a health hazard, they were outlawed. These sites remain, though many are in the process of remediation (clean-up).

These days, federal and state laws govern the final destination of the contents of your septic tank. In some cases, the septic contents are taken to waste treatment plants and added to the stew piped in from a municipal sewer system or delivered to independent, for-profit companies specializing in the treatment of septage. Septage may be treated in cesspools, which hold the waste while chemical or biological materials break it down into effluent [source: National Small Flows Clearinghouse]. Septage may also be dumped in approved landfills. The guidelines concerning septage dumping are strict and sites can be few and far between, however.

Because of the dilemma posed by disposing of your septic tank's contents, septage is often used in another way: to grow your food. Unless there's a "USDA Organic" label on it, it's possible the food on your table was grown using the sludge that used to be in your septic tank as fertilizer [source: USDA].

This use of septage can be a controversial one. Proponents, including many commercial farmers, say it's a win-win situation, since municipalities don't have to worry what to do with the waste, and farmers get cheap fertilizer for their crops. If applied correctly to cropland with good soil and a low water table, the soil should act as a filter in the same way a drain field does in the backyard of a home with a septic tank [source: Prax].