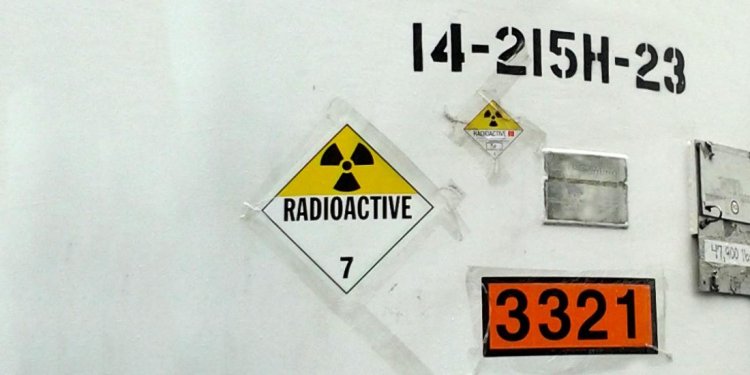 Nuclear power is characterized by a very large amount of energy available from a very small amount of fuel. Although the amount of nuclear waste (often referred to as radwaste) is relatively small, much of it is highly radioactive and must therefore be carefully managed as hazardous waste. The problems and solutions of nuclear waste disposal are becoming a major concern in the 21st Century. Many nuclear power plants, particularly in the developed countries around the world, are nearing the end of their operating lives. The end of the cold war has left us with radioactive waste from decommissioned nuclear missiles. Nuclear power is the only energy industry which takes full responsibility for all its wastes. The cost of waste disposal is included in the cost of the power produced.

Nuclear waste comprises a variety of materials requiring different types of management to protect people and the environment. One of the factors in managing nuclear wastes is the time that they are likely to remain hazardous. This depends on the kinds of radioactive isotopes in them, and particularly the half lives characteristic of each of those isotopes. The half-life is the time it takes for a given radioactive isotope to lose half of its radioactivity. After four half lives the level of radioactivity is 1/16th of the original and after eight half-lives 1/256th.

The various radioactive isotopes have half-lives ranging from fractions of a second to minutes, hours or days, through to billions of years. Radioactivity decreases with time as these isotopes decay into stable, non-radioactive ones.

The rate of decay of an isotope is inversely proportional to its half-life; a short half-life means that it decays rapidly. Hence, for each kind of radiation, the higher the intensity of radioactivity in a given amount of material, the shorter the half-lives involved.

Three general principles are employed in the management of radioactive wastes:

The first two are also used in the management of non-radioactive wastes. The waste is either concentrated and then isolated, or it is diluted to acceptable levels and then discharged to the environment. Delay-and-decay however is unique to radioactive waste management; it means that the waste is stored and its radioactivity is allowed to decrease naturally through decay of the radioisotopes in it.

The problem of nuclear-waste disposal is not as much technical as one that requires efficient management. Each country is ethically and legally responsible for its own nuclear wastes, therefore the default position is that all nuclear wastes will be disposed of in each of the 40 or so countries concerned. This means that countries like Sweden or Switzerland, which have only a few plants, still have to do the research and development and find a local site for disposal. This makes no economic or environmental sense at all. A better solution would be to have competitive, commercial geologic repositories - in stable underground sites like the one in Yucca Mountain, Nevada - that take waste from other countries for a fee. Plutonium, one of the most radioactive materials, does not move significantly in ground water, and if some did ultimately escape it would be readily detected, and measures could then be taken to avoid contamination. A geologic repository would work effectively for at least 100, 000 years, after which the waste would be little more radioactive than the natural uranium from which it was derived.

Low-level nuclear waste is generated from hospitals, laboratories and industry, as well as the nuclear fuel cycle. It comprises paper, rags, tools, clothing, filters etc., which contain small amounts of mostly short-lived radioactivity. It is not dangerous to handle, but must be disposed of more carefully than normal garbage. Some low-level waste viz., resins, chemical sludges and reactor components, as well as contaminated materials from reactor decommissioning may require special shielding before disposal. Low-level nuclear waste is usually buried in shallow landfill sites. To reduce its volume, it is often compacted or incinerated (in a closed container) before disposal. Worldwide it comprises 97% of the volume but only 5% of the radioactivity of all nuclear waste.