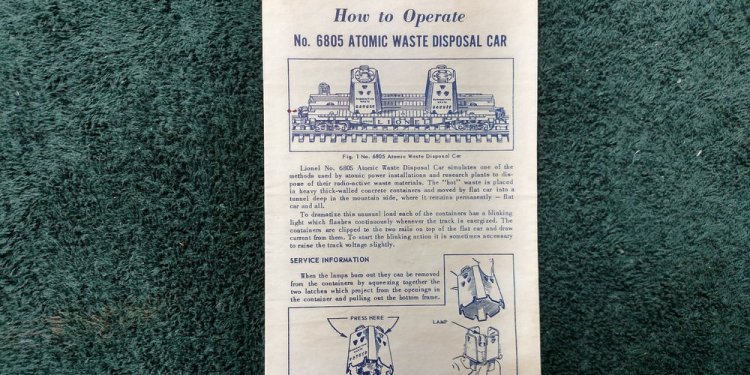 Thirty years ago, our world looked very different. The Berlin Wall still divided Germany. The United States was still embroiled in a nuclear arms race with the Soviet Union.

In 1985, a decision was made to “co-mingle” defense waste from weapons production and civilian nuclear waste from energy production - to dispose of them in one and the same repository. Back then, it was assumed that the production of new nuclear weapons would continue indefinitely, so a combined repository seemed natural. It was also assumed that more than one repository would be needed and available for this combined inventory, the first in 1998 and a second soon thereafter.

However, history has taken a different course and proven these assumptions false.

Under the New START Treaty, the Energy Department is reducing, not expanding, our number of deployed strategic warheads to the lowest level since the 1950s. It has been 22 years since the last live U.S. nuclear test. And because of the Department’s Stockpile Stewardship Program, we understand more about how nuclear weapons work now than during the period of active nuclear testing. Meanwhile, the path to a common repository has been significantly more controversial, costly, and delayed than was anticipated in 1985. Since that time, we have also seen several nations make significant progress toward siting nuclear waste facilities using a phased, adaptive, and consent-based approach.

Today, President Obama authorized the Energy Department to move forward with planning for a separate repository for high-level radioactive waste resulting from atomic energy defense activities. In remarks today before the Bipartisan Policy Center, Secretary Moniz discussed this path forward and also made clear that the Department will undertake a consent-based approach to siting storage and disposal facilities, as called for in the Administration’s 2013 “Strategy for the Management and Disposal of Used Nuclear Fuel and High-Level Radioactive Waste, ” and building upon the work of the bipartisan Blue Ribbon Commission on America’s Nuclear Future.