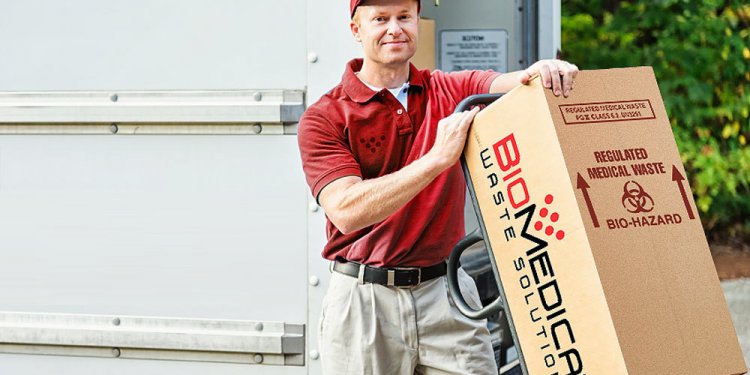 Waste Management has been selected by New York's Department of Sanitation (DSNY) for a new $3.3 billion contract, ensuring that landfills will continue to play a large role in the city's long-term waste strategy as it works toward a goal of "zero waste" by 2030.

The 20-year deal involves shipping containerized waste via barges from two DSNY marine transfer stations (MTS) in Brooklyn — Hamilton Avenue and Southwest Brooklyn — to rail connection for long-distance export. Waste Management already has contracts with DSNY at three local rail transfer stations and this new contract will put them in charge of shipping a large majority of New York's residential waste out of the city. This is part of an ongoing overhaul of DSNY's infrastructure that will decrease the use of private transfer stations while significantly increasing export costs.

This particular MTS contract was previously awarded to Progressive Waste Solutions in 2015, but the company withdrew in May 2016. The pending Waste Connections merger and ongoing issues with the Seneca Meadows Landfill in upstate New York were cited as the main factors.

Rather than soliciting new bids, DSNY decided to review submissions from the original 2014 request for proposals. At the time Waste Dive confirmed that Waste Management and Covanta — both current export vendors – were among these bidders. It is unclear whether any other companies were considered. Republic Services was also an existing export vendor, but did not confirm whether it submitted a bid for this contract.

In October, multiple sources told Waste Dive that Waste Management was the leading contender due to cost considerations. DSNY subsequently confirmed that it was negotiating with one vendor, but declined to disclose further details. Later that month, DSNY posted a notice in New York's official city record stating that a hearing would be held in November to discuss a proposed contract with Waste Management. The contract was for "transport and disposal of containerized waste" from the two Brooklyn marine transfer stations. The 20-year deal, with the option of two five-year renewals, was not to exceed $3.3 billion.

As of publication, this contract has not officially been registered with the city comptroller's office and DSNY has not responded to a request for comment.

Based on a transcript of Waste Management's quarterly earnings call on Feb. 16, Waste Management CEO Jim Fish cited New York among recent contract "wins" that would require capital expenditures in 2017. Later in the call, Fish went on to say that the Brooklyn MTS contract would start in July and spending had already begun on the necessary containers and other equipment required to operate the two stations. As described in the call, waste will be going to the company's High Acres Landfill in western New York and Atlantic Waste Disposal landfill in Virginia.

According to Fish, once both marine transfer stations are operational Waste Management will be handling an estimated 1.8 million tons of material for DSNY. This includes the company's rail export contracts at Harlem River Yards in the Bronx, Varick Street in Brooklyn and Review Avenue in Queens. DSNY currently collects more than 3 million tons of refuse from residents each year.

This contract is a notable milestone in DSNY's long-term waste export strategy, though it also highlights how complex New York's system has become. Export costs have been on a steady rise since the city's last landfill closed in 2001. Based on the latest preliminary budget figures, waste export could cost more than $392 million in FY18 and that number is projected to increase as more marine transfer stations become operational.