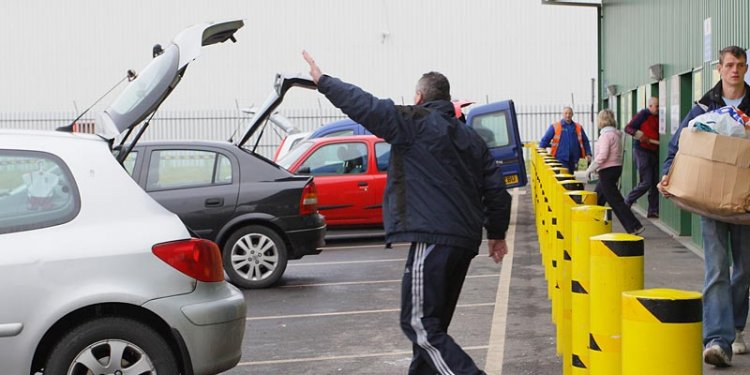 In December 2006, SITA UK and Northumberland County Council signed a 28-year contract with the aim of transforming the way recycling and waste is managed in the County. Ambitious targets were set and by 2012 it was intended that 92 per cent of Northumberland’s waste would be diverted from landfill with the help of a number of new facilities and cutting edge technology. Currently 98 per cent landfill diversion is being achieved and we are confident that the 92 per cent target will be exceeded over the life of the contract.

SITA UK is also working closely with the County Council to boost the amount of waste that is recycled and composted, currently we are achieving more than 40 percent recycling and composting.

State of the art facilities

Working with Northumberland County Council, SITA UK has provided up-front funding to ensure the swift delivery of a number of key facilities that have delivered a step change in performance to ensure European and national waste targets are met, and to immediately reduce the County’s long-standing reliance on landfill.

Planning approval for a £13m state-of-the art sustainable waste management facility in West Sleekburn was granted just four months after the contract with SITA UK was signed. As a result, this facility can now manage up to 120, 000 tonnes of recyclables and waste each year. The 9, 000 square metre site includes a £3.7m materials recycling facility, one of the first of its type in the UK, which uses the latest technology to separate recyclable materials. Visitors are actively encouraged to come to the site and see for themselves the sizeable volume of waste dealt with at the facility, to learn about where it goes and how they can play a part in increasing recycling in Northumberland.

SITA UK’s energy-from-waste facility at Tees Valley was also extended in 2009, so it can now take Northumberland’s residual waste. As well as contributing towards the addition of 24 jobs at the plant, the waste from Northumberland helps provide nearly a third of the 30MW of electricity generated by the facility.

£12m has also been invested by SITA UK on major refurbishments at the 12 household waste recovery centres it now runs across Northumberland. This has already resulted in improved recycling, recovery and composting rates. Collectively, the centres have exceeded the increasing annual target in each of the five years since the service commenced. The maximum target of 71.5 per cent, set for 2019, has already been exceeded with a current annual performance of more than 75 per cent.

SITA UK and Northumberland County Council worked closely on defining the scope of the recycling and waste recovery project, including the number, type and location of the sites which are used to deliver the service. The contract also includes more than 20 individual targets, many of which increase over time. The majority of these targets are designed to incentivise SITA UK to improve performance by rewarding over achievement through a financial bonus. Equally failure to achieve a minimum standard will result in a financial penalty. Again we worked closely with Northumberland County council in determining which areas of the service were targeted and the size of the potential bonus to ensure that the contract is a near perfect fit with the Council’s long term aims and aspirations.

Being a good neighbour

SITA UK has worked with the Council to develop a positive relationship with the community whist implementing these many changes. Public exhibitions, meetings, community liaison groups, etc. have ensured that local people and service users have been kept up-to-date with the proposed changes, and have had the opportunity to feed back any concerns.

Education has also played a crucial role in ensuring that the residents of Northumberland are informed as to what and how to recycle as well as encouraging them to do more. SITA UK’s Communications Team has worked in partnership with Northumberland County Council in the development of public information and news stories that promote these important messages.