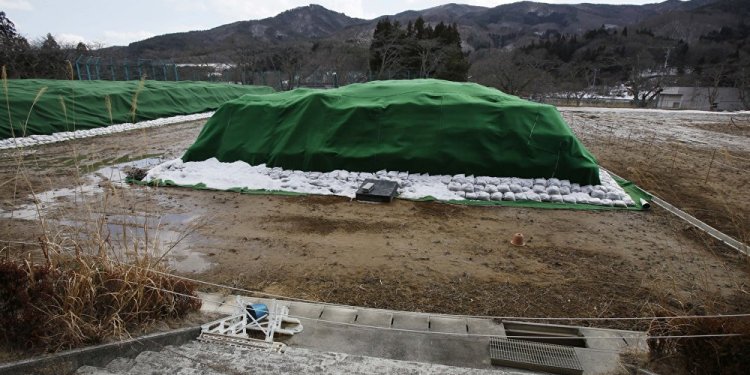 The fateful explosion that shut down America’s only permanent nuclear-waste storage site happened on Valentine’s Day 2014. The facility, called the Waste Isolation Pilot Plant or WIPP, is a series of salt caverns 2, 000 feet below the New Mexican desert. Radioactive waste from U.S.’s nuclear weapons comes to WIPP, drum by drum, to be entombed underground.

One such drum ruptured on that February evening. Radioactive material spewed through the caverns, some of it leaking aboveground as well. The original cause turned out to be downright comical: Contractors packing the drum at Los Alamos National Laboratory used the wrong type of cat litter—wheat-based rather than clay—to soak up the liquid radioactive waste, which then reacted with other chemicals inside the drum to explode. Yes, cat litter.

WIPP has been closed for cleanup since the accident, and it’s since blown past one deadline to reopen. The Department of Energy, which operates the plant, is now working to ready WIPP by December 2016.

In anticipation of WIPP resuming operations, the energy department recently filed for a permit to build temporary storage aboveground. The plan would add several concrete vaults to hold the waste drums, designed to be tornado and earthquake proof. More on-site storage would give WIPP a buffer if, for example, the caverns have to ever be temporarily closed for maintenance. But the plan is already drawing criticism from the community. “There’s nothing inherently wrong with having some buffer storage, ” says Greg Mello, executive director of the Los Alamos Study Group, a nonprofit that works on nuclear issues in New Mexico. “But the management of this waste program has hardly been stellar.”

The accidents exposed lapses in the handling of nuclear waste at WIPP. But the subsequent cleanup hasn’t inspired much confidence either. In August, the federal watchdog agency, the Government Accountability Office, chided the DOE for an unrealistic cleanup plan, noting that the DOE had a “less than one percent chance” of meeting its original deadline. In fact, the report went on to read, “DOE has a history of exceeding its cost and schedule estimates and then creating new baselines.” The long-term cost of the accident, according to a LA Times analysis, could top $2 billion.

And to think, just a few years ago, WIPP was a relative bright spot in the U.S.’s dysfunctional nuclear waste disposal plan. Zooming out, the problem is much bigger than just WIPP. Making of the country’s nuclear warheads created tons of radioactive waste, which has nowhere to go.

The original plan, drawn up decades ago, was to send low-level transuranic waste like gloves and tools used to handle plutonium and uranium to WIPP, where salt caverns are supposed to eventually collapse and entomb the material. High-level radioactive waste, like spent reactor fuel, would be buried even deeper underground at Yucca Mountain in Nevada. WIPP opened 1999, but Yucca Mountain hasn’t even been built. And it’s unclear it ever will due to political opposition in Nevada.

So instead, high-level radioactive waste sat at the old factories where it was produced during the Cold War—especially at Hanford in Washington and Savannah River in South Carolina. Those tanks and storage facilities were never designed to hold high-level waste for so long. The sites suffered from leaks and environmental contamination. And the cleanup efforts at Hanford and Savannah River are dogged by their own delays and cost overruns. (The report was not kidding around when it called criticized the DOE for a “history of exceeding its cost and schedule estimates.”) Since a repository at Yucca Mountain doesn’t exist, there is sometimes talk of sending this high-level waste to WIPP, which was designed to only handle low-level waste.

So in this world of mission creep for storage sites, where temporary storage becomes indefinite, New Mexicans are not eager to add more aboveground storage to WIPP. Adding more storage also adds another layer of complexity to the handling of nuclear waste. “Workers have to handle these containers more, so you have more risk of accidental release, ” says Don Hancock, director of the nuclear waste safety program at the Southwest Research and Information Center and a longtime critic of WIPP. Hancock would prefer the waste never come to WIPP, staying put at the locations where it already is.

The DOE’s application for aboveground storage is now in the hands of New Mexico’s environment department. Public comment is open until December. In this light, the breakdown of trust in the site’s management could make it harder to get new construction improved, which could in turn make it harder for the site to operate efficiently, and so on and back and forth.