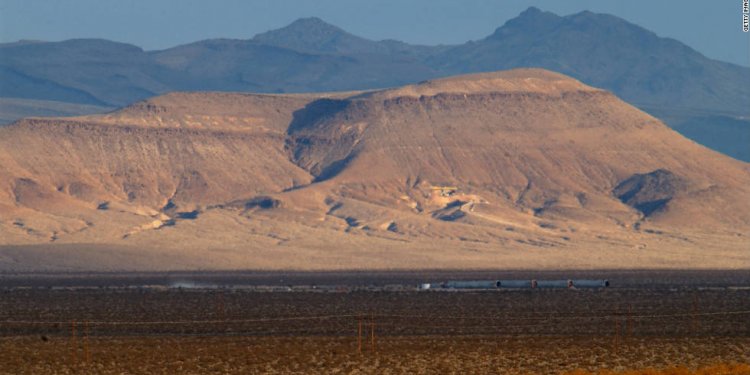 Nuclear Waste Disposal in the U.S

Dear EarthTalk: I’ve heard that there are plans to build a large repository for nuclear waste in Yucca Mountain in Nevada, but that plans have been slow and are very controversial. Where is our nuclear waste kept now and what dangers does it pose?
- Miriam Clark, Reno, NV

Plans to store the majority of our nation’s spent nuclear fuel and other highly radioactive waste at a central repository underneath Yucca Mountain in the Nevada desert 80 miles from Las Vegas were first hatched in the mid-1980s. But the project has languished primarily due to opposition from Nevadans who don’t want to import such dangerous materials into their backyard. Critics of the plan also point out that various natural forces such as erosion and earthquakes could render the site unstable and thus unsuitable to store nuclear isotopes that can remain hazardous to humans for hundreds of thousands of years to come.

But the Bush administration is keen to jump-start the project and recently submitted a construction license application to develop the facility—which when completed could hold up to 300 million pounds of nuclear waste—with the federal Nuclear Regulatory Commission (NRC). In announcing the filing, Secretary of Energy Samuel Bodman said that the facility being proposed can “stand up to any challenge anywhere, ” adding that issues of health safety have been a primary concern during the planning process.

But the administration has still not submitted a crucial document declaring how protective the facility will be with regard to radiation leakage. Bush’s Environmental Protection Agency concluded that the facility needs to prevent radiation leakage for up to 10, 000 years. But a federal judge ruled that to be inadequate and ordered the administration to require protection for up to one million years. The White House argues that the NRC should press on with its review process and that the standard can be settled on later.

Currently, without any central repository, nuclear waste generated in the U.S. is stored at or near one of the 121 facilities across the country where it is generated. Nevadans like Democratic Senator Harry Reid, who has doggedly opposed the Yucca Mountain repository, say it makes more sense to leave such waste where it is than to risk transporting it across the nation’s public highways and rail system, during which accidents or even terrorist attacks could expose untold numbers of Americans to radioactivity.

But others say that the current system, or lack thereof, leaves Americans at great risk of radioactive exposure. The non-profit Nuclear Information and Resource Service concluded in a 2007 report that tons of radioactive waste were ending up in landfills and in some cases in consumer products, thanks to loopholes in a 2000 federal ban on recycling metal that had been exposed to radioactivity.

As with all issues surrounding nuclear technology, where and how to dispose of the wastes is complicated. While some environmental leaders now cautiously support development of more nuclear reactors (which are free of fossil fuels) to help stave off climate change, others remain concerned that the risks to human health and the environment are still too high to go down that road. Whether or not the NRC approves plans for Yucca Mountain won’t resolve the larger debate, of course, but perhaps the greenlighting of other promising alternative energy sources could ultimately make nuclear power unnecessary altogether.

GOT AN ENVIRONMENTAL QUESTION? Send it to: EarthTalk, c/o E/The Environmental Magazine, P.O. Box 5098, Westport, CT 06881; submit it at: or e-mail: earthtalk@emagazine.com. Read past columns at: